Meet Angie Bruyere; songwriter, singer, mother. Bruyere lends her sultry voice as the lead singer for her band Angie and The Deserters. A love for music, writing poetry and playing the guitar are where the roots of her career stem from.
Listening to the latest EP, titled You, is like hearing dramatic short stories sung aloud. Bruyere’s lyrics have a storytelling effect to them that draws the listener in, and her captivating voice easily conveys the emotions being felt in her songs. 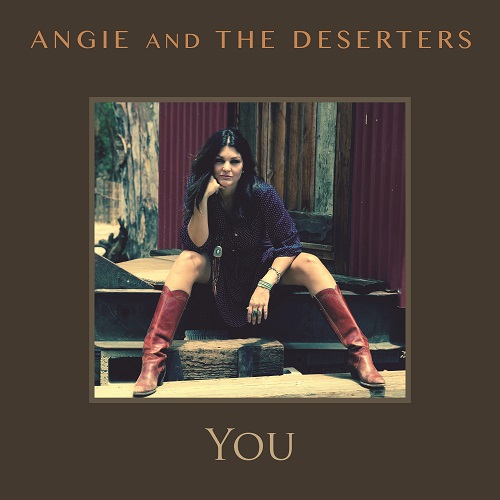 I had the chance to learn a little more about Angie and the opportunity to ask her some questions. This is what she had to say:
What made you want to become a singer/songwriter?
I feel like I was born wanting to write music and sing songs. To be honest, as not cool as this may be to some people, my mother took me to see the play Little Orphan Annie when I was 10 years old and that pretty much sealed the deal. I was hooked. Not on musicals, really, but on music.
When did your career as a musician begin?
I suppose that my career began when I was about 17 and was playing my bass and writing songs on a daily basis. It took about 10 years after that to ever make my first dollar with my songwriting, however, but as far as being on my path, I would say that it started then. I knew that there was no turning back for me.
I love your voice! There’s this cool raspiness to it that adds a great edgy, country vibe to your more upbeat songs, but also a softness to your more mellow songs. Which artists have been a musical influence for you?
Thank you so much! I have been so influenced by so many amazing artists through the years, but at the top has got to be the Queen and Stevie Nicks. I’m a fan of the more unique voices. Stevie Nicks, Willie Nelson, Johnny Cash, Tom Waits, Dolly Parton, Leonard Cohen, etc…
Where do you get your inspiration for your songs?
I am constantly writing, so I suppose that my inspiration comes from everyday life. It seems as though so many great songs are born out of heartache, and I am certainly no exception to that, but as I’ve gotten older and found much more peace in my life, I’ve definitely had to learn to draw on the happier moments, as well. A sunset, the mountains, a child’s laughter….it’s not as easy to write of these things for me, but I’m getting there. Gloom, doom and pain are just so much damn easier to write about!
What sort of impact has motherhood had on your music career?
When I became pregnant with my daughter, Charlie, I was offered a chance to write for a company called Baby Genius. They had just licensed a bunch of children’s books and needed songs to go with them. Next thing I knew I was writing songs for books like Raggedy Anne and Andy and Rainbow Fish. The timing couldn’t have been more perfect. The challenge was holding and playing my guitar as my belly grew. I also began taking classical guitar classes at the local community college. After my daughter was born, I went right back to playing shows and recording. She even joined us on the road. Obviously, as soon as the school years started, that sort of freedom became more difficult. Around that same time, I was lucky enough to have all of the songs off of my first record placed in several Nickelodeon shows, much to my daughter’s delight! That was huge for her. She has made me want to be a better person in every way, which includes trying to be a better songwriter and musician.
As a woman and mother who has pursued what she loves to do and manages her career, what do you hope to teach your daughter by drawing on examples from your own life?
The music business is tough! Tougher than ever. I want my daughter to see that giving up on your passions and dreams is never an option. I want her to be proud of who I am as an artist, even if that doesn’t always translate into financial success. I want her to know that taking the road less travelled is okay, and the incredible rewards and feelings of accomplishment that can come along with that are among the best feelings that there are. And also that the road to happiness is not always founded upon your successes alone, but often by your mistakes and shortcomings. Work hard and be kind. And above all, follow your heart. 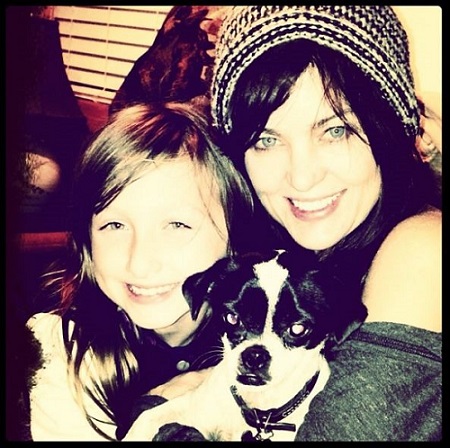 Hearing about musicians like Bruyere is always so refreshing. Her passion for music and how she balances her career and motherhood is inspiring. Not only is she a talented artist who works hard on her craft and takes pride in her work, but she’s also a rockstar mom!
Click here for more on Angie and The Deserters!
Follow them on social media: Facebook, Twitter, Instagram and YouTube